“If it’s not such a big deal to lose your virginity, then why is it such a big deal to still be a virgin?” That’s the question two young adult virgins asked in a blog post as they lamented being 24-year-old virgins who face intolerance choosing to wait. I think it’s a fair question, but not everyone will.

There is a great deal of intolerance for virginity these days. In fact, I released a Ted Talk on the very subject not long ago in the hopes to initiate a public commentary about sex that’s more virgin-friendly. The main criticism of my proposal: “it’s religious”. This, despite the fact that I pretty much stuck to social science—often from very liberal sources— to argue that embracing one’s virginity until the time is right is a worthy and brave choice. (Please watch the talk entitled “Walk of Shame vs. Walk of Fame” and explain to me where I got “religious!”)

Well, Holly and Kayla—the authors of The 24-Year-Old Virgin blog, are clear to say that they aren’t religious at all. In fact in an attempt to break the stereo-type of virgins they write, “we’re not all ultra-Christian, ultra-Mormon, really ultra-religious anything. We’re not ultra-conservative, have ultra-overbearing parents, ultra-sheltered anythings. In fact, if you met some of us on the street or [gasp!] at a party, you’d be hard-pressed to suspect a thing. You see, we don’t actually have flashing neon signs that say VIRGIN ALERT over our heads.”

They go on to write: “So why do virgins get such a bad rap? Is it that despite this open dialogue we think we have about sex, we’re all still a little embarrassed about it and therefore blame the “pure” for making us feel just a little bit of shame for exercising our carnal desires? Is everyone really as comfortable talking about it as they claim to be? Well, hate to break the news, but us virgins are not perfect. And we’re not any better than you simply because we somehow managed to build up a stronghold of will power against our sexual impulses [fun fact: even virgins have sex drives]. But you’re also not any better than us simply because you have experienced life’s greatest pleasure outside of childbirth [the jury is still out on that one being a remotely enjoyable experience, but rumor has it it’s not quite as trauma-inducing as the Miracle of Life video I passed out during in ninth grade].”

(That video is legendary. It might just be the world’s greatest birth-control!)

But back to virginity and the stigma you might face if you’re holding on to yours. It seems that whether you are religious or not, you’ll face ridicule. But let me break down the myth that embracing your virginity for religious reasons is disempowering for a woman.

Introducing the Bible’s beautiful song on sexual love where it is written: Song of Songs. “Catch for us the foxes, the little foxes that spoil the vineyards, for our vineyards are in blossom.” (2:15)

In the 1970’s, this verse would have been easy to interprete. Back then, a teenage girl would have understood perfectly well that a guy was an amazing specimen of maleness if you called him a “fox.”  In this verse from the Bible’s treatise on romantic and sexual love, Solomon pleads with his Beloved to “catch for us the little foxes.” I think Song of Songs was talking about “hotties.” Let me explain. 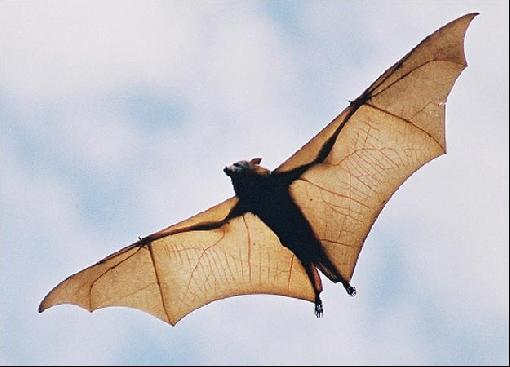 The Hebrew language uses the word su’al where we see fox. This is rather clearly identified as a fruit-eating bat. We might call it a flying fox. These guys are not small at all when it comes to bats. Their wingspan is about two feet wide, giving the appearance of a vampire when in flight. While they’re great for the eco-system when they stick to wild trees[i], they are terribly destructive to carefully tended domestic plants. And that’s why they’re such a troublesome creature in the proverbial treasured garden written about in Song of Songs. They swoop in, nibble selfishly, and move on. There’s a picture here of a sexual predator who comes in to steal from you, leaving you in regret.

In Song of Songs, the male lover is asking his female friend to choose to eliminate the risk of being devoured like this. It’s her choice. The choice will be hers to protect her body for the exclusive intimacy the Lover desires to have with her one day. Interestingly, the words of the Bible place the power for control of her own body in the woman’s hands. She is responsible for her own personal choices concerning purity. I find the message to be beautiful and filled with value for women. A woman is empowered in the Scriptures to choose self-respect.

But if you’re a Christian girl, there’s something of much greater value at stake.

God has a call on your body, too. He asks of you, “Do you not know that your body is a temple of the Holy Spirit, who is in you, whom you have received from God? You are not your own.”[iii] He claims ownership it. It’s time to stop dividing the spiritual (our spirits) from the physical (our bodies.) A healthy theology of the body calls us to “present your bodies as a living sacrifice, holy and acceptable to God, which is your spiritual worship.” In giving our bodies to him alone, we are deemed beautiful head to toe. That means we follow his guidelines on all things concerning our bodies, including waiting to have sex within the confines of a lifetime commitment. (I call that marriage.) Those who choose to follow God’s ways have “a garland of grace on your head.”[iv] And oh, “how beautiful on the mountains are the feet of him who brings good news.”[v]

He intends for your body to be fruitful, dripping with love, joy, peace, patience, kindness, goodness, self-control. And he often adds in the beautiful unique fruit of spiritual gifts so that you can bear much fruit in the kingdom. It’s rich language that begs the yielding of your body.

It’s your choice. If you choose to respect your body and God’s guidelines for sexuality, it will not be easy. There will be many who don’t agree with your choice. Perhaps that is the greatest reason for accountability.

Holly and Kayla are two friends who seem to be sticking together as they pursue their convictions from a non-religious point of view. I’m just wondering…who’s in it with YOU, dear sister?

Do you have accountability to live in purity?

[i] These bats are pollinators. With certain types of naturally growing trees, they are the only source of pollination and therefore critical. They particularly like figs. Note Song of Songs 2:13 mentions figs growing near the vineyard.

Written By
Dannah
More from Dannah
Well ladies, the mass media seems to think anyone who’s still a...
Read More