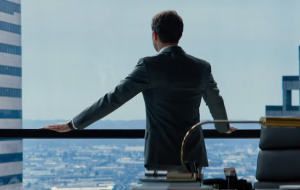 Written By
Dannah
More from Dannah
Think guys and girls can be “just friends”? Think again! Most girls...
Read More