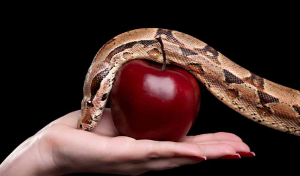 I’ve no recollection of the first moment when I decided that God wasn’t to be trusted, but I still have numerous memories of doubt scattered throughout my life.

There are so many hazy pieces of theology scattered throughout Christianity. What did the creation of the world look like? How is Jesus fully God and fully man? Why does God allow evil to happen?

It is rare, perhaps impossible, to find a Christian who can articulate the answers to common and pressing questions with perfect loving eloquence. So many times the answers to troublesome questions elicit the reactionary refrains: “only God knows,” or, “Now we know in part, but then we shall know in full” (1 Cor. 13:12).

While those statements are always true, it does not make confusing daily experiences any less terrifying. In fact, I’d like to suggest that to downplay the fear we face under the weight of unanswered questions never glorifies God: it cheapens grace.

On the other hand, simply because a question doesn’t have an immediately obvious answer does not mean that no answer exists. Still, indiscernible answers also do not mean that vague statements such as “only God knows” are the perfect conclusions to all difficult discussions. Although God’s all-knowing character is an integral part of the foundation of our faith, knowing about truth does not mean a person knows God intimately.

Namely, knowing truth about God is not the equivalent of trusting in God.

My oscillation between doubting and trusting God—but always knowing of God—is rooted in two experiences: the garden of Eden and marriage.

Let me briefly establish my position: I am a single twenty-four-year-old woman who believes that God is perfect, all knowing, loving, and completely just. I believe that God’s Word is inerrent. I am also writing generally to other Christians. Finally, I was not actually in the garden of Eden when Eve decided to listen to the serpent. My perspective about Eve is anecdotal.

Eve is fascinating, and I wish that more Christians would talk about her. At a very young age, I asked the question: “why did Eve disobey God when what he asked of her was so easy?” Seriously, she just needed to avoid eating from one tree! I was always told, “The serpent deceived Eve; that’s why she disobeyed.” I always found this answer inadequate because I knew that Eve knew the truth of who God is. I did not like thinking that the mother of humanity was so easily swayed. A quick Google search of the Hebrew tells me that the word used in Genesis more closely resembles the English word “beguile”—to charm or enchant someone. An even more literal translation of the Hebrew (hiš·šî·’a·nî) might be “a giver of usury” (the illegal lending of money which exacts extremely high debts).

The main reason for a person to fall into debt is that they are desperate enough for the immediate gratification of whatever the lender is offering. Eve could not afford to eat from the tree, and she would be indebted by her own choice, paying her life as interest. She was desperate enough to possess the knowledge and autonomy that the serpent was selling that she failed to see the dire consequences of her future out of the garden and apart from God.

This makes sense. Immediate gratification, one thoughtless choice, one retrospective regret: these are the physical manifestations of Eve’s doubt-driven actions. There is nothing silly and ignorant in Eve’s choice because she fully knew who God was and is. Her choice was intentional and desperate.

So, why did Eve commit her doubts to action when she knew God so well? She obviously didn’t doubt that God existed, that he was capable of great power, and that he loved her enough to spend time with her. She had seen and experienced all of these things firsthand. She had literally walked with God. To deny her own experiences would have been extremely foolish, and I do not think that Eve was a fool.

I suspect that that greatest deceit the serpent pulled over Eve’s head was not against God’s character. No, Satan’s lie instead brought Eve to firstly a much more self-focused mindset and, secondly, to just enough of a shadow of doubt against God to compell action.

The serpent claims, “you shall be like God” in Genesis 3:5. Satan’s claim in verse 5 is his true deceit because in Genesis 1:27 God himself reveals that he created both Adam and Eve in his own image. The serpent sold to Eve something that she already possessed: godlike qualities. He ripped her off big time. And the reason he could do this so skillfully was because he made her believe that she was not enough, that she was inadequate, and that she needed to be more. The implication of the statement “you shall be like God” is that God did not make her correctly. Now, Eve is perfectly poised to take authority into her own hands.

Satan awakened Eve’s pride by falsifying inadequacies that did not even exist: she was already perfect, he simply sold her the idea that she wasn’t complete the way she was. Then, she bought into the plan that she could fix God’s mistake.

When Eve agreed that she could be more, she by definition also agreed that God was holding out on her: he hadn’t made her good enough. Her decision to trust her own authority, to strive to make herself better, is physical evidence that she doubted God. And she mistrusted God because she forgot who God had created her to be: flawless. Eve’s doubt was not rooted in a direct attack against God’s character. Instead, it was rooted in falsified, self-focused incompletion. She believed that God was keeping secrets from her. Most astoundingly, she believed all these lies even though she walked through the paradise of Eden side-by-side with God, the Star-breather, and the Creator of all her wonderful surroundings.

Eve’s story shows us that we long to be counted as enough. We long to be complete. And when we believe we are not complete, we will take drastic measures to find completion.

There is no figure in the current social media buzz that personifies the longings Eve felt more than Bruce, now Caitlyn, Jenner. When I first saw the cover of Vanity Fair, I felt physical pain in my stomach. I was so sad. His expensive, time-consuming transformation made me wonder what sort of desperation would provoke such massive physical alterations. On the other hand, nothing Jenner has decided to do should be shocking because believing that we ought to take control of the identity that God gave us and improve upon it is the oldest lie in the book. If Eve believed she needed to alter the physical world to obtain godlike qualities that she already had (even though she literally walked with God), how much more is a person like Jenner, or anyone really, to believe that they need to alter their physical world in order to satisfy real, internal longings. The sad truth is that we will never be more free than when we rest in our God-given worth. There are few, perhaps no, humans who can truly say they are at rest with who they are. Look at what Satan is doing: he is attacking God’s image brutally by calling what God deemed to be “good” “not good enough.”  And we celebrate these attacks as triumphant victories.

If Eve settled for a malicious, false sale that who she was created to be was not enough to satisfy her voracious appetite for love, community, significance, and restful being, how much more are we now willing to compromise our belief that God will satisfy our hearts as we bear centuries of separation from him?

This is why loving and committed marriages must be lifted up to the world as symbol of God’s love for his people, the church.

Assuming our commitment to God is as easily shaken as Eve’s—again I emphasize that she literally walked with God—how much more is the act of committing and trusting another fallible human a mind-blowing lifestyle choice?

Marriage is beautiful because it should not work. Eden didn’t work for us. Eden is washed away, a faded unimaginable paradise from our distant past. Yet somehow, people choose to stick it out with each other until death even though as a race we can’t stick it out with God. When I see couples striving for the long haul and committing to the end, I see grace. I see God, looking at his wayward daughter Eve, and without one whisper of a doubt committing to the cross. Marriage is beautiful because human beings have never been anything but astoundingly bad at commitment, at trust, and at believing that God is the best one to have control. Yet, He is the only being we have ever known to be perfect.

When I shift my perspective to see God’s faithfulness in light of my faithlessness, I see that Eve is my sister whose tragic downfall illuminates how beautifully God commits to the healing of my self-afflicted inadequacies. No, I don’t always feel right in my own skin. So, when I see faithful marriages, I see a beautiful emblem that God’s love guides our hearts to believe we can hold on to eternity even in the shifting present. Most of all, I look at my doubts and inadequacies as potential leaps of faith because each one is evidence that God is faithful to the faithless, broken, and misled.

Written By
Dannah
More from Dannah
If you’re conflicted by the fact that you find Johnny Depps’ Captain...
Read More