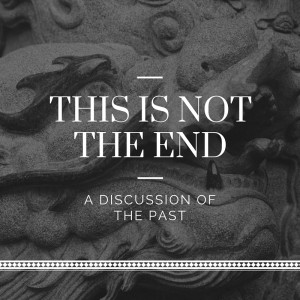 Dear girl whose dreams have been crushed,

This is not the end.

It may feel like it. The grief may come in waves so deep that you can’t catch your breath at times. Breathe. Breathe.

This is not the end.

Not for God’s girl. I have some hope and you need it. So, let’s spend a few minutes together filling your heart with something more powerful than that hopelessness.

Sometimes it feels like—looks like—the end. I know. I’ve been there. Not so very long ago. But then I re-discovered the beauty of a queen named Esther. She was the most gorgeous girl in the land and the King chose her as his bride. Her wedding makes Kanye and Kim’s look like a pauper’s feast. (Don’t believe me? The guests drank out of goblets made of pure gold!) It all looked so picture perfect, but then…

All of her people were soon to be annihilated at the hands of a antisemite named Haman. Everyone she loved would be gone. Every last Jew.

She could have looked with eyes that saw hopelessness, but Esther was God’s girl. And God’s girls rise up when it looks like—feels like— the end. They tune their ears to God and ask the One who works all things together for good what to do. Then, they obey, because they know it is never the end.

There’s just one thing: you can’t care what anyone else thinks. Esther was prepared to obey God at any cost. “If I perish, I perish!” That’s what she said. She was going to do what God wanted her to do even if it meant her life.

It’s probably not going to cost you your life to rise back up out of this pain. But there may be something that has to be risked. Your dreams. Your reputation. Your future career. Your friends. The guy. Your social life.

Look to God, dear God’s girl. Do what He says. It’s not the end.

Esther did what He said, risking it all. Her crown.  Her future. Her life. What she had to do is different from what you need to do right now, but the same God still speaks. He’ll tell you. He’s done so for me. Through the pain His voice is like a megaphone if you just lean in to listen through the chaos.

Here’s what I want you to know. Esther saved all the people of God, not just herself. It was not the end. 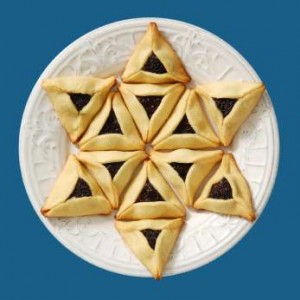 What she did next—nearly 400 years before Christ was born— is the stuff our hearts must be made of. She declared a feast. Because God’s girls celebrate Sovereign deliverance. The feast is called Purim and faithful Jews still munch on a triangular-shaped cookie filled with poppy seed called Hamantashen.

Almost 2000 years later, Esther eyes that could see hope when it looked like the end and knew to feast on God’s deliverance gave one man courage when it looked like the end. It was during the reign of Hitler, whose plan was so very much like Haman’s. The Fuhrer was giving a speech stating that it was the end for the Jewish people. One of God’s guys was sitting in the front row making incredulous faces, knowing emphatically that it was not the end.

When Hitler sought this man out after his speech to find out why he was making faces, it is said that the Jewish gentleman explained himself this way:

“You should be aware that you are not the first antisemite who sought to destroy us. You may recall that the great Pharaoh of Egypt sought to enslave the Jews. To commemorate his defeat and our redemption, we eat tasty Mazot and observe the festival of Passover. Haman was another enemy of ours who brought about his own downfall. The delicious Hamantashen we eat and the jolly festival of Purim recall our deliverance from him. While listening to your venomous diatribe, I wondered what kind of delicacy would the Jews invent and what kind of holiday would be established to celebrate your downfall” (Goodman 1980:384,385).

My friend. This is not the end. Rise up, God’s girl. Look with eyes that don’t see a destruction, but a feast in the future.

In April, I’m speaking in three cities throughout Pennsylvania for the Women of Purpose Spring Tour themed “Celebrate 2016.” If this blog post resonated with your heart, let me tell you why this event is what you need.

God prepared my heart to teach on celebration this Spring through a season of defeat last Fall that brought me to write this blog. I’m a girl who knows how to pass on the glorious beauty of authentic celebration to another girl in need. What a God-timed assignment I have received from the Women of Purpose director Ruth Puleo to speak at these events! If you are a girl who needs to overcome the victim mentality of defeat with a victor’s declaration of celebration, I hope you’ll consider joining me. My key note speeches are still being developed but something really special is stirring inside of me. I believe the entire event will give you the passion and specific tools you need to walk out of the valley of defeat and pick up your tambourine to celebrate! Register here today.

Written By
Dannah
More from Dannah
On my way back from Ecuador last week, I wanted to get...
Read More