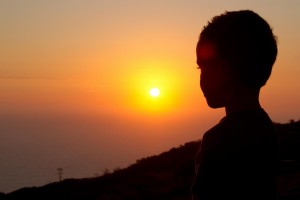 What would you do? The child you know and love—and was raised as a boy before you met and the adoption was official—wants to be raised as a girl. The catch: doctor’s cannot really say for certain if this child is a girl or a boy. This child has a medical condition known as intersex.

About 1 in 2,000 babies are born with conflicting physical sexual organs in which a sex development specialist is brought in to consult. In many cases, closer examination and blood tests reveal that they are biologically male or female. But for some, no clear biological sex is evident. Such was the case of “Laurie,” whose adoptive Christian parents were seeking answers when they came knocking on my door. What her mom told me about the Christian community’s response broke my heart.

“You are the first Christian person who has been willing to dialogue with us,” said Laurie’s mom. “This topic is just too difficult for those who want things to be black and white. The only people we’ve gotten support from are within the GLBT community.”

I was able to put Laurie’s mother into contact with both a Christian sex therapist and a Christian medical doctor more qualified than myself in counseling them, but I availed myself to help in any way that I could: prayer, money, and just listening. For now, Laurie’s parents have chosen to begin to raise their child as a girl at the age of four, changing her name and seeking answers. Answers that are elusive and so, for now, they are not pursuing any sex-assignment surgeries to fully change their child into a biological female. They are going to let Laurie make that decision in the future.

Cases like this are behind the many emails that have come my way the past few weeks as I wrestle with you through the issue of sex reassignment surgery in cases like that of Bruce Jenner.

“I’m wondering” wrote one, “how you would approach intersex individuals… Things do not seem black and white to me, and I can’t help but wonder if our thinking on [gender] identity is far too simplistic.”

The underlying question is: since intersex exists, doesn’t that legitimize transgenderism. This is  logical fallacy at its best. I don’t know if it’s a Red Herring or a Special Pleading or a Regression or what, but it just doesn’t make sense when you have all the facts.

While there are many things to consider, here are four facts about intersex conditions and gender dysphoria as we navigate through this difficult conversation about gender reassignment.

1.) Intersex conditions are a physical condition, whereas gender dysphoria is a psychological condition. Our world is fallen and full of chromosomal abnormalities like intersex. These include things like Downs Syndrome or Klinefelters Syndrome (where a male has an extra X chromosome resulting in language and fertility challenges) and Fragile X Syndrome (a common cause of autism). Syndromes are a difficult and tragic biological fact that must be addressed with loving support and medical counsel. Those facing intersex conditions—and their parents—have a difficult journey to walk and need our love and support as they make difficult decisions, often using surgery to clarify and/or assign biological sex.

Our world is also full of mental disorders and distresses, some of which are sexual in nature. Among the many disorders treated at John Hopkins, an early leader in psychological gender research, are transexualism, cross-dressing, transvetitism, sadomasochism, and pedophilia. These are often accompanied by PTSD, suicidal tendencies, depression, and other psychological difficulties which generally do not go away after sex reassignment is complete. While loving support and psychological treatment is no less necessary for someone struggling with gender dysphoria, it must focus on the underlying root issues and not physical surgeries as that seems to simply mask the true problems.

2.) Intersex is extremely rare. As I wrote earlier,  1 in 2,000 babies are born in need of a specialist to examine them to determine biological sex. That specialist will counsel the family medically and practically to determine if their baby has a clear chromosomal pattern that helps determine if they are, in fact, male or female. This is done through physical examination and a blood test. Sometimes it is rather clear cut and the family will make a decision to raise the child as distinctly male or female and may even opt for surgeries to correct birth defects. In some cases it is not quite as clear, but those are even more rare. For example, ova/testes (formerly called “true hermaphroditism”—but, don’t use the term “hermaphrodite” as it’s considered politically incorrect) occurs in 1 of 83,000 births. And complete gonad dysgenesis occurs in 1 of 150,000 births.

3.) One theory on gender dysphoria is that it is an intersex condition that only impacts the brain and not the body. The Brain­ Sex Theory proposes that the brain maps toward male or female, which in nearly all cases corresponds with various biological indicators of sex: chromosomes, gonads, and sex hormones. In rare instances, the normal sex differentiation that occurs in utero occurs in one direction (differentiating toward male, for example), while the brain maps in the other direction (toward female). This theory compels many professionals. It seems to me that if it is proven, it would only serve to classify gender dysphoria as a tragic chromosomal birth defect and would not necessarily clarify the difficult path those struggling with gender dysphoria have to navigate.

4.) Medical and psychological anomalies cannot and should not dictate our biblical response to gender.  We have more questions than answers sometimes. It does not mean that we cannot trust the Bible for our theology on humanity, the body, sexuality, or gender. It just means we live in a fallen world and need to have compassionate hearts that are willing to learn while we navigate families and individuals through the brokenness.

And that’s the real question: are you willing to lovingly walk with those struggling with intersex conditions or gender dysphoria?

I realize that this is a rather simplistic blog post considering how difficult the topics of both Intersex and gender dysphoria can be for those struggling through it. I’m eager to hear your thoughts on this. I’m growing. I hope you are, too. Let’s learn together. What am I missing? Do you agree or disagree?

For a lengthier discussion on gender dysphoria from leading Christian researcher Mark Yarhouse I recommend you read this. It proposes three possible responses from a Christian perspective.

Written By
Dannah
More from Dannah
Respect is at the heart of God’s intention for sexual expression. Lean...
Read More