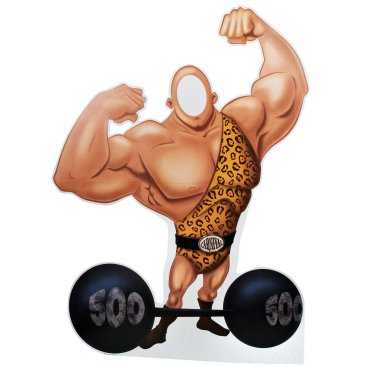 Are you tired of guys wanting to just “hang out?” Do you wish someone would tell them to “man up” and ask you on a real, live date with food and a car and…gosh…maybe you even secretly hope he might open a car door for you?

From The New York Times to Huff Post, the word is out: dating is dead.

“Hanging out” is in.

And single women are underwhelmed.

In a culture that constantly celebrates women’s independence and the ability to be on an equal playing field on the dating scene, isn’t it strange that the most talked about movie of 2015 is a one that celebrates bondage? With Jamie Dornan and Dakota Johnson recently wrapping Fifty Shades of Grey, all of a sudden, words like “submission,” “master”, and “obedience” are not only acceptable but sexy. Even, Barbara Walters, one of the most liberal women in the media is talking about the thrill of a strong man.

After reading the series Walters stated, “It…raises the question about whether or not women like to be submissive. That’s the theme of the book.”

But since when did Prince Charming start carrying handcuffs? This seems to have come out of left field. But it hasn’t really. The mantra that “you don’t need a man” has created a culture of strong women and weak men. For so long we’ve told them, “Step aside, I can take care of myself!” Now, we are starved for the thing our independence has destroyed—strong confident men.

Young twenty-somethings ask their boyfriends, “Why won’t you lead?” Then, when they show strength, “You can lead but not THAT way!”

Maybe. Just maybe. It’s not all the guys’ fault.

Solving the “weak man” problem in your dating life is impossible unless you embrace God’s plan for submission. (And not the kind that involves gags and ties. Fixing the problem that way is like treating obesity with anorexia!) If the idea of biblical submission ruffles your feathers, I understand. Me too. When Bob and I were figuring out our roles with each other, I was starved for a strong man but using all my own strength to tear him down. Then, one day I tried just following. It was an experiment really. I wanted to see what happened in his heart (and mine) if I just stopped being so strong. I waited for him to call me. Let him pick where we eated. Waited for him to open the door for me. And in doing so, I saw his heart grow strong. He liked it. I liked it. I lost none of my strength and his was honored. What I learned is this: it’s the little things that count. So, here are a few little things to insert into your relationships with guys that may help you both figure out what real strength and submission looks like.

Let him initiate. If he can’t take the role to lead now, what makes you think he’ll do it after you’re married? Conversely, if you can’t let him lead now, what makes you think it’ll be easier then? While this doesn’t exclude you from decision making and some initiation as the relationship grows, it does set a good pace. Real men initiate. Let him be real.

Let him pay. I’m always surprised when I hear young independent women assert themselves financially. As if they’ll be losing something if he gets to fork out some cash for a burger and fries! Really? Just let him do it. It’s a small thing that sets a good pace. Does it mean you’ll always let him pay? Naw. But if he’s initiated the date, let him pay for it.

Let him open the door for you. In a society that laments, “Where have all the good men gone” we have to ask ourselves if we’ve given them room to be good. Goodness is the quality that makes us put others ahead of ourselves. It’s the moral compass that keeps ups safe, happy, and working. It’s the drive that makes us function in families rather than in isolation. It’s the internal road sign that drives us away from our own desires and towards the meeting of the needs of others. Let him open the door. It’s goodness in action.

Let him lead the pace of your physical romance. Of course, this is granted that he does not press towards your physical boundaries or move too quickly. I’m not saying that you should just give in to anything he wants, but don’t control him with a kiss. (See? When I put it that way, it sounds so bad. And it is.) Teasing is just not kind. It can have the same kind of sexual ruin as moving along too quickly as it sets the pace for all sorts of sexual game-playing when you’re married. If enough time has passed and you think you’re in for the long haul, honor his lead when he reaches over to offer a tender kiss. (And make sure he keeps it tender.)

The goal of submission is power, not weakness. Many believe that God tells women to submit in marriage because he wants them to be weak, but I believe it’s the opposite. Women have incredible power in relationships. They must decide to build their man up. Or tear him down. Our culture has embraced the foolishness of using power in women to destroy the strength and valor of men. God’s designed us not to take power from men but to channel it with out own. I believe his plan works. Why don’t you start experimenting with your own power, but letting him lead in the little things.

Written By
Dannah
More from Dannah
Song of Solomon is pretty steamy. In terms of graphic content—if you...
Read More