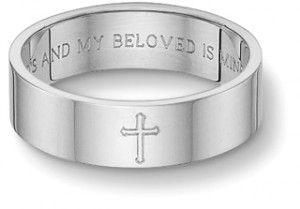 Recently a dear friend who does not hold my sacred view of sexuality told my husband something shocking. Upon hearing that he was a virgin on our wedding night she exclaimed, “I’m shocked at how foolish you are. How do you even know if your wife is any good in bed?” And yes, she said this in front of me! Common sense says, “try it out and see if you like it.” Worse yet, the growing Eastern mystic view of sexuality—fueled by Kama Sutra and Trantric yoga—affirms that with each partner we make the world more unified. In the face of our “many-lover’s-world”, Christianity cries out for exclusivity. One man. One woman. ‘Till death do us part. Song of Solomon sings, “I am my lover and my lover is mine.” Oh the exclusivity of the passion in this book! And it turns out, this actually makes for better sex. Let me prove it to you using some of the world’s most liberal research.

“Sex in America” reveals the research of a study conducted about a decade ago out of the University of Illinois at Chicago. The research is still respected as some of the most statistically accurate concerning the sexual habits of American’s due to the methodology used. Rather than securing a demographic of like-minded people (such as surveying the readers of Playboy or Redbook), this study sought to secure a large random sampling of all American’s. It’s believed to have one of the tightest margins of error of a sexual study. Oh…and the goals of the study were, in part, to secure more information concerning homosexual behavior. That goal abandoned due to a low number of homosexuals surveyed, they simply decided to study the overall behavior of Americans. Guess what? The BEST sex was happening in what they termed mutually monogamous lifetime partnerships. (I call that marriage.) The BEST BEST sex was happening when both partners had only been sexual with each other. (I call that waiting.) The BEST BEST BEST sex was happening among “religiously active” middle aged couples. (I call that really satisfying news.) It was rumored that when the study came out, USA TODAY ran an article entitled, “Revenge of the Church Ladies!” It seems that less sex in terms of partners actually brings more power and pleasure to the bed.

Beyond pleasure, I believe God asks us to be exclusive because marriage is a picture of Him. Genesis 2:24 says that the two will become “one.” The word one hear echoes the power of the union of the Trinity. It’s the same word used in the Hebrew shema, “Hear, O Israel, the Lord your God is one.” Only these two instances use the word in the Hebrew Old Testament.

Why does God ask us to be exclusive? Because when we are, we look a little bit like him.

More on the power of exclusivity can be found in What Are You Waiting For: The One Thing No One Ever Tells You About Sex.

Written By
Dannah
More from Dannah
Day 3 • Getting Lost in His Forgiveness • Releasing Those Who’ve...
Read More