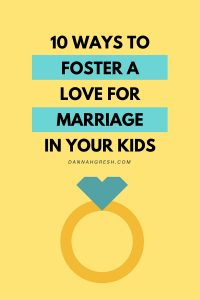 Every now and then—and with growing frequency—a single woman in her twenties or thirties confides in me how discouraged she is that there aren’t any guys her age to date. “They’re too busy playing video games to invest in the pursuit of family,” said one. There’s now some statistical evidence that the concern of these biological-clock-ticking females is very real. For the first time in 130 years (when life circumstances generally had extended families living together), a young adult is more likely to live at home with mom and dad than with a significant other. It’s the most common form of living arrangements for twenty-something males.

Since the 2004 coining of the word “adultescent,”[i] we’ve had something to call the young adult male who is so busy playing Call of Duty on his Playstation 4 that he doesn’t actually have a real life call of duty.

Should you be worried about your son?

The phenomenon of more adult men living at home with mom and dad is what has caused Kay S. Hymowitz to pen the book, Manning Up, in which she writes:

Of course, the problem is not just with our sons and some of those unmarried adults are on their way to a rich single life where they will serve God unhindered. (So much of my thought lately has been about how to get the church to move away from the mentality that being single is like being on the junior varsity team.) But I don’t see these young men entering into a life of leadership but sliding into addictive gaming, pandemic porn use, and isolation. A parallel trend seems to be the ideology that embracing the traditional concept of family is antiquated, especially for a woman who “needs” to be empowered and educated to have value. If you affirm the love of family in this age which seeks to affirm all manner of tolerance, you are labelled insensitive, narrow-minded, and politically incorrect.

“Mark this: there will be terrible times in the last days. People will be lovers of themselves…disobedient to their parents…without love…not lovers of the good…lovers of pleasure…rather than lovers of God…having a form of godliness but denying its power. Have nothing to do with such people.”

In this verse, which forecasts the conditions of human hearts in the end times, the words without love were specific as to the kind of love.  The Greek word astorgos was used, which means “family love.” (Are we there yet?)

Parents, it’s OK to encourage your kids to get married!

To honor marriage to the point of actually wanting, desiring, hoping for, and planning for it with your kids is completely in line with God’s wonderful plan. God says that “two are better than one” and “marriage should be honored by all.” But we tend to honor diplomas and job stability as higher goods than family. The average age of first marriage has risen from 21 for women and 23 for men in 1970 to where it stands today: 26 for women and 28 for men. Presumably, this is partly due to higher educational goals. Do we express God’s plan for family adequately to our children when we place greater emphasis on their career path than the road to marriage? When we allow our teenaged boys to sink into Skyping with friends to play video games instead of calling them out to risk rejection by applying for minimum wage jobs? By setting a mandate that they should be financially secure before they pursue marriage?

I know these thoughts sounds archaic to some, and the issue is complex . But consider this: the incredible sexual pressure we place on our children in delaying sex until marriage (when a young woman’s biological clock is ticking and a young man’s sexual desire is at his peak) makes it really difficult for them to wait. It is hypocritical to teach biblical truth on purity in the absence of a rich love of family.

Planting a desire for marriage into your children without also fueling them with a rich theology on singleness is also incomplete. To be sure, this is a complicated task. But the answer is not to avoid the topics. That’s why I’m prescribing marriage counseling…not for you, but for your children. Whether they are three or twenty-three, counsel them in the beauty of marriage.

For parents, I’ve written an entire book on the crisis of male emasculation and how to solve it one boy at a time. It’s called “Six Ways To Keep The Good In Your Boy.”

Written By
Dannah
More from Dannah
I was drafted into the Mommy Wars when my first baby was...
Read More